A wannabe filmmaker signs up to work on your film, then quits in a huff and tells you that “He knows more than you do about film, and he’s SEEN YOUR “TRAILERS”, AND can’t work with someone like you”.

You see, he and his buddies spent a whole 8 months at some place called Full Sail University, and now they know everything about filmmaking. And the script, shooting schedule and production information you handed them, does not meet the demanding requirements of Full Sail University, nor does it follow the established “rules” of scriptwriting set forth by unnamed pseudo-Hollywood types who have never done a damn thing in the world of actual filmmaking. Oh, but they know the rules, they talk the talk, and they are better than you. At least on paper.

In essence, they have determined that since you, William Lee, don’t do things by the book, you William Lee do not know how to make films.

Of course, all of those films listed on your IMDB page, and all of your films in world wide release, and all of those movies that are on retail store shelves mean nothing.  Nope. Only the rules and the “method” matter. Real life results? Poppycock!

What sharp dressing, quick talking, techie film maker needs to actually make a film? after all, it is better to look good than it is to actually be good, right?

Not only that, the wannabe’s five buddies who also agreed to work on the film, fall in line and insult you in the very same manner, as they all go off to exercise their “Full Sail University” educations to prove to you that 40 years of filmmaking–and Bachelor’s and Master’s degrees in Cinema– cannot match their prowess. But something surprising happens.

The group of filmmaking wannabes doesn’t do a thing. No short film. No trailers, no teasers. Nothing.

Then, months later, the wannabe is now “liking” your trailers.

Then your film hits RedBox and stays there for 16 weeks.

Then, this week, the guy who said you weren’t shit wants to add you to his LinkedIn network.

Bruce Lee once said that in order to swim, one must get in the water. His unorthodox martial arts style went against tradition, and he was hated for it by the establishment. Bruce Lee did not do things by the book, and he questioned everything about the process of actual human combat. Eventually, people began to see his genius. I found inspiration from Bruce not only in his approach to kung fu, but to filmmaking in particular,and to life as a whole. 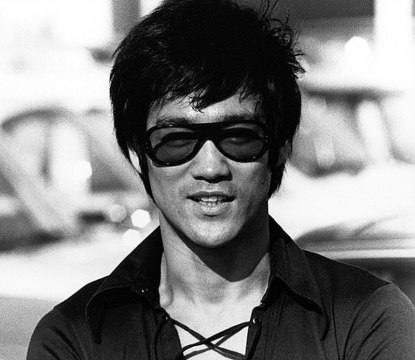 These young swimmers–uh, film makers have to be carbon copies of every other clown who spends 8 months at some sham operation, then decides their last name should rhyme with Coppola, with lots of fancy parties to attend.

That is not filmmaking. That is called subterfuge, hubris and most of all, bullshit.

There are no rules in filmmaking. You do what you gotta’ do to get it done. As long as you have a good story to tell, a decent camera, and good actors, you can do this. You don’t need a special book, a special film school, or connections in the biz to make a good film.

Rules and guidelines set the framework. You should not be bound by that framework. Filmmaking is an organic process, and it evolves. It’s pretty simple: keep following the same path, and you’re gonna’ run up against something not covered in those classes and books. Following some obscure “book of rules” or curriculum will not prepare you for the real world of filmmaking. That means when something goes wrong, your “rules” simply will not work. Then what? You quit because everything didn’t go according to that “perfect plan”? Looks like you got yourself one big problem: what now?  Oops. Guess that page got left out of the rule book.

To be a filmmaker, you have to experience adversity, and you have to work your way out of it. That my friends, is not something a book or a film course will ever teach you.

You become a successful filmmaker by making mistakes, correcting those mistakes and improving.

The one mistake you cannot recover from, however, is the one where you tell someone who has done this thing hundreds and hundreds of times, that he does not know what he is talking about. This may surprise that film wannabe and his buddies, but there are actually people out there who know more about this business than they do.